Near the city of Oaxaca, this is one of the most beautiful and original buildings constructed by the Dominican friars in the XVI century. It's built above a large pre-Columbian foundation of a building that existed there in the past and it's clear that most of the building materials used to build the new structure were recycled from those ancient ruins. It's unique and at the same time unusual in its design, built to both create large areas for evangelization requirements and also as a secure home for the friars.


It's most spectacular feature is the minor basilica which runs north to the main axis of the main nave of the church. It looks from a distance like an old castle and was built with guard towers and lines of inner columns to hold a large wooden roof structure above. The interior of the convent maintains marvelous fragments of the original murals that once decorated its walls. In the back there is a monument dedicated to our national hero Vicente Guerrero, who participated in the declaration of Independence of Mexico in 1821 and became president of the nation briefly in 1829.

Since the convent was abandoned in the second part of the XVIII century, in the XIX century it was taken by the federal army and used as a military base. In February of 1831 Guerrero was brought here as a prisoner, kept overnight and executed the following morning. 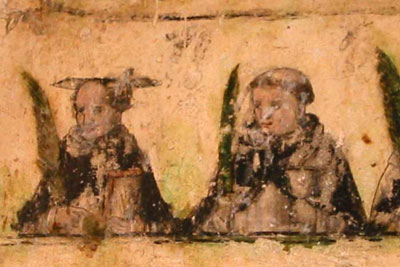 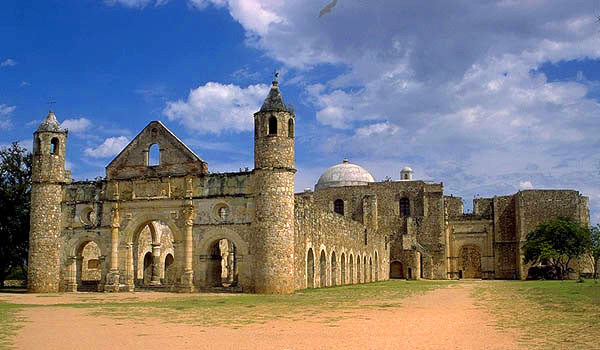