This is a site in the northern valley of Oaxaca past the large town of Etla and on a hill top in between the towns of Suhilquitongo to the south and Huitzo to the north. Locals may know it best as Cerro de la Campana, as it's believed that there is a gold bell hidden up in the hill. This is a very important Zapotec site beginning as early as 1,000 years before the Common Era and the discovery of Tomb 5 in 1985 was a spectacular Oaxacan archaeological discovery. It's a fabulous tomb from the apogee of the Zapotec 650-900 CE, with carved jambs and murals painted in the interior walls. In the town of San Pablo Huitzo there is a small museum with some of the relics from the site as well as colonial art pieces. 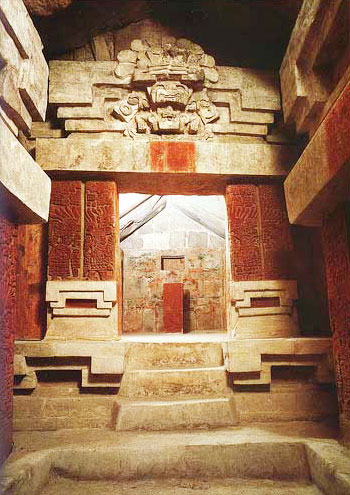